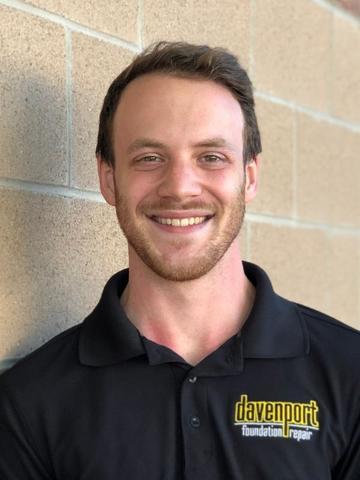 Michael Gann began his career in construction working for a general contractor renovating homes in Seattle, Washington. In 2016 he joined Matvey Foundation Repair, part of our Supportworks dealer network, as a poly crew foreman and moved up to project manager for their five concrete repair crews. He brings his extensive knowledge, training and experience in concrete repair to Davenport Foundation Repair as a project manager.

Born and raised in Oregon, Michael spent time in Seattle, Washington before making his way to Utah in 2019. Michael is a musician who also enjoys baking, walking his dog, Fitz, and spending time outdoors. He’s looking forward to exploring the diverse outdoor experiences Utah has to offer.